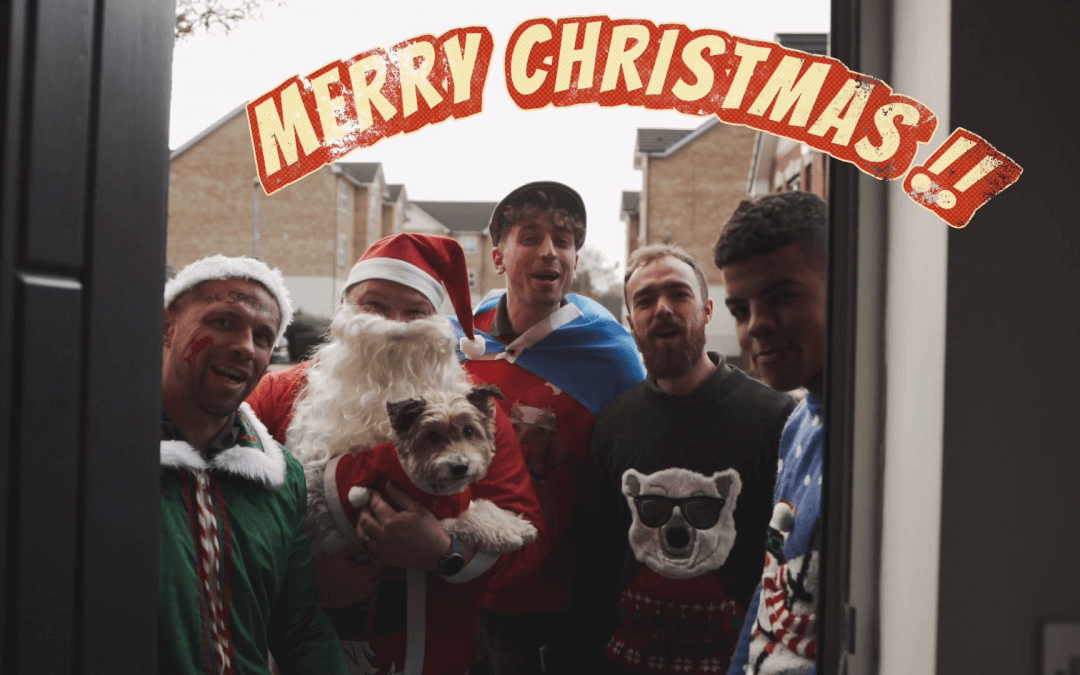 A Bury-based plumbing business is taking on the likes of Aldi and John Lewis, with the release of its very own Christmas commercial.

Lacey Plumbing and Heating, whose ‘Most Wanted’ video went viral back in September, decided to produce their own festive advert, after the success of the first film.

The two and a half minute mini-movie was inspired by a scene from the iconic 80s film Ghostbusters, and was produced to raise a smile for customers, locals and other tradespeople.

Featuring some of the Lacey’s staff as well as loveable office dog, Zak, the budding ‘actors’ are hoping to receive a record number of views and shares with the video this week, to rival John Lewis’ 2019 #ExcitableEdgar Christmas offering.

Rebecca Lacey, co-director of Lacey Plumbing and Heating, said: “After the surprise success of our ‘launch’ film earlier this year, we simply had to create something to try and top it for Christmas.

“Our aim is to of course to promote our services in the winter months but we also want to show other small businesses that you don’t require huge marketing budgets, like John Lewis, in order to produce campaigns that are creative and impactful.

“We hope everyone enjoys watching the advert as much as we did making it.”

Lacey Plumbing made waves in the plumbing trade and local area when views of its ‘Most Wanted’ video neared 50,000 in September 2019.

The business was subsequently approached to be the focus of a TV docu-series and the Lacey engineers have been recognised out and about ever since.

To view the video head to: www.facebook.com/laceyplumbing or for more information visit www.laceyplumbing.co.uk